New York Update: Higher Ground
Members of the Urban Freeflow team Ashley Holland (Ash) and Frank Nelle (Blu) displaced their talents with flips and artistic movements as acclaimed photographer Tomasz Gudowaty captured amazing high-flying imagery. Gudowaty was granted exclusive access to a variety of high end locations, including skyscrapers in Manhattan and he stopped mid-town traffic on Saturday as New Yorkers gathered to watch the vigorous shoot. Gudowaty’s style of shooting is very particular (using an old fashioned camera) and the process was physically demanding on the men, but the athletes say they’ll stick our necks out to finish pieces will make for the best photos ever captured of Parkour to date and will definitely set new benchmarks. Further shoots are penciled in for London and then Tokyo.
Urban Freeflow (often abbreviated to UF or U$F) is a company that was started in 2003. UF is the highest UK based profile free running and parkour group in the world, and is involved in mass media film work and television promotions, and live performances and workshops.
Read More 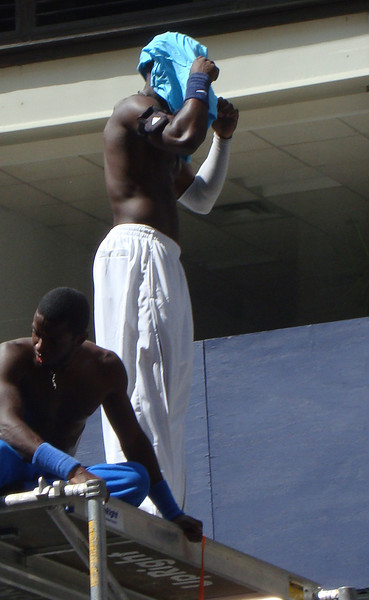